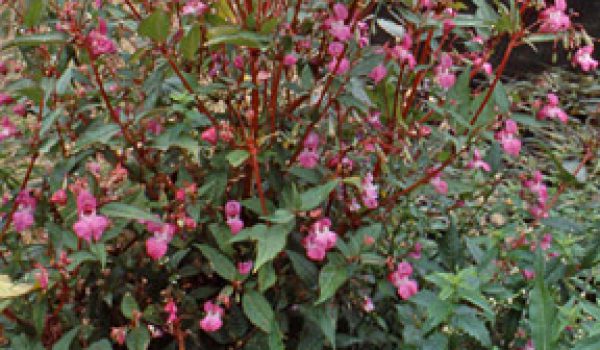 Himalayan balsam is a a non-native invasive plant growing to  a height of up to 2.5m in a single season between the months of July and October.  It can project its seeds up to four metres and many seeds drop into the water and contaminate land and riverbanks downstream.  Himalayan balsam spreads quickly and forms dense thickets altering the ecological balance and character of woodland habitats.

Woody spends some time removing this weed by cutting back the stems and pulling the shallow roots before the plant has had chance to set seed. Doing this over two to three years reduced the spread of this invasive plant.

We also identify Japanese Knotweed for removal by specialists.